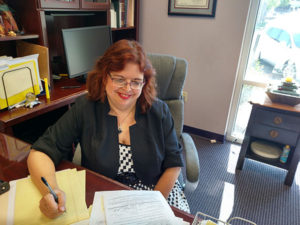 NC Board Certified Family Law Specialist Melissa Averett of Averett Family Law in Chatham County is pleased to announce that House Bill 343 has passed and will take effect October 1, 2017.

Last year, in her capacity as chairperson of the Domestic Violence Committee of the NC Bar Family Law Council (2015-2020), Attorney Averett proposed legislation to clarify whether Domestic Violence Protective Orders can be modified.  Attorney Averett proposed the change because some courts were refusing to allow modifications to protective orders.  Because Chapter 50B of the North Carolina General Statutes did not explicitly permit modifications, some courts interpreted that to mean that modifications were not allowed.  Other courts found implicit authority in the statue and would permit modifications. 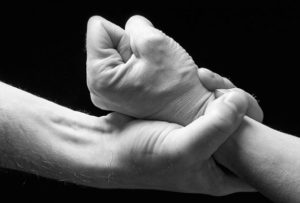 Although the version that was approved by the Family Law Council was edited after it reached the legislature, the version that was ratified does make it clear that a Domestic Violence Protective Order may be modified.  Link {http://www.ncleg.net/Sessions/2017/Bills/House/PDF/H343v3.pdf}

The ability to modify a protective order is important because the parties’ circumstances change.  The situation that exists after a protective order is entered may be very different from the situation that the parties anticipated.  Over time, the order may become unworkable, for example, the relative who had agreed to transport the children for visitation may stop cooperating or one of the parties might get a new job that changes both the logistics and the financial situation.  When the order became unworkable, victims who were not allowed to modify their protective orders were forced to dismiss the order and lose the protection of the court

While the clarification regarding modification of a 50B is important, the primary purpose of House Bill 343 is to ensure that a domestic violence protective order remains in effect pending an appeal.  A court may find that staying enforcement is necessary in the interest of justice, but without that finding, the protection stays in place. The relevant language of the ratified bill reads as follows:

AN ACT TO ENSURE THAT DOMESTIC VIOLENCE VICTIMS ARE PROTECTED BY CLARIFYING THAT A VALID PROTECTIVE ORDER REMAINS IN EFFECT AT THE TRIAL COURT LEVEL THROUGHOUT THE PENDENCY OF AN APPEAL BY THE AGGRIEVED PARTY UNLESS THE COURT FINDS THAT A STAY IS NECESSARY IN THE INTEREST OF JUSTICE.

“§ 50B-4. Enforcement of orders. (g) Notwithstanding the provisions of G.S. 1-294, a valid protective order entered pursuant to this Chapter which has been appealed to the appellate division is enforceable in the trial court during the pendency of the appeal. Upon motion by the aggrieved party, the court of the appellate division in which the appeal is pending may stay an order of the trial court until the appeal is decided, if justice so requires.”

Additionally, a bill clarifying that orders addressing property, child support and other family law issues that are filed after the domestic violence protective order supersedes any contradictory provisions in the prior domestic violence protective order has not yet been ratified but is expected to pass. See, http://www.ncleg.net/gascripts/BillLookUp/BillLookUp.pl?Session=2017&BillID=H424

A BILL TO BE ENTITLED AN ACT TO PROVIDE THAT SUBSEQUENT ORDERS RELATED TO CUSTODY, CHILD AND SPOUSAL SUPPORT, AND POSSESSION OF PROPERTY SUPERSEDE LIKE PROVISIONS IN TEMPORARY CUSTODY ORDER.

Melissa Averett Certified as Member of The Lawyers of Distinction
October 11, 2019